Home > Blog > The box that changed the world

Published on Alaxon – digital magazine for thoughts, articles of notes and new ideas 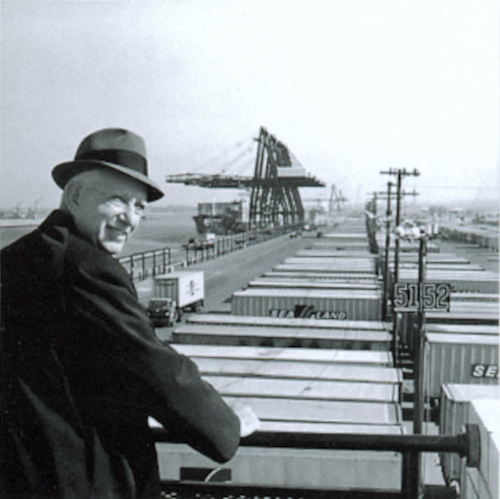 The advantages were identical: one huge item is loaded on the ship instead of dozens or hundreds of separate items, and when the ship reaches its destination you can put the container on a different truck and send it on its way. As a result, the loading and unloading of the ship – a process that used to take at least a week in the past – would now be completed in few hours. The saving in time is enormous, and time, especially in the transportation industry, is money. A week of loading and unloading translates to two weeks delay int eh shipment, two weeks of payment for staying in the port, and two weeks of salaries for dozens of port workers. The containerization enabled getting rid of all of this in one stroke.

The history of modern shipping marks as the starting point on April 26, 1956, when one of McLean’s new ships, SS Ideal X, sailed from Newark to Houston with 59 steel containers on its deck. According to McLean’s calculations, the cost of loading cargo on a ship using the prevalent way back then was 5.83 Dollars per ton of cargo. The cost of loading containers on the Ideal X? 16 cents per ton. 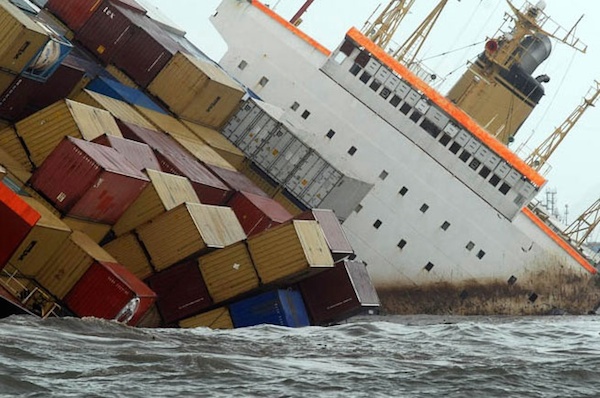 So how cheap is the journey across the sea in the age of the container? so cheap it is almost inconceivable. There is no uniform price to container transport – the price varies according to the seasons, demand and supply and additional factors- for example, the cost of transporting one container from Hong Kong to Europe will usually be around 2500 USD. About the cost of 3 airline tickets for the same route. That same container may hold about 10,000 pairs of shoes, 5000 lap tops or 15 tons of bananas. A quick calculation will reveal that no matter what the goods are, the cost of transport per unit (about 25 cents per pair of shoes, 50 cents per laptop, 2 cents per banana) is completely marginal. The distance between the manufacturer and the consumer has turned almost meaningless.
A company that is looking for a manufacturer will turn to the one who will offer it the lowest price, whether the factory is 50 meters or 15,000 kilometers from the store. In most cases it will find out that the lowest price is in China.

The fact that geographical distance has become irrelevant creates almost absurd situations. For example, China is today the largest textile exporter in the world: in 2013 it has exported clothes worth 274 Billion Dollars. About 30 Billiion out of which were exported to the USA. At the same time, China is the worlds largest cotton importer. Only a small fraction of the clothes manufactured in China come from cotton raised in China; the rest is manufactured from imported cotton. Imported from where? from the USA (amongst other places), the world’s largest cotton manufacturer. Cotton beans, harvested in Mississippi, may be shipped to China, and then return home in the shape of a “GAP” sweatshirt. Wouldn’t it be cheaper and simpler to leave the cotton at home? The answer is no. The differences between the cost of labor in the US and China is so great – and the cost of transport so low- that it is worth it to have the cotton travel around the world, literally, only to visit the Chinese factories along the way.
The result is the economical word we live in, where we buy shoes made in Thailand, shirts from Bangladesh, and everything is Made in China. This revolution has done wonders for the economies of the developing countries: South Korea, a secluded country without any natural resources, has turned into an economic empire right in parallel to the rise of the containers. China came following Korea, and the proven economic benefits from ties to the west has caused the communist country to open up to external ties much more than it had in the past. The quality of life for many of its billion citizens has risen dramatically.
For better or worse, the container has created modern economy, and economy creates the rest. Globalization could not have taken place without the container.

What is causing the increased costs of international shippping